A range of cruising options

The purpose of this particular section is to provide you with information about the range of cruising options possible using Canaltime at Worcester as your base.

7 Nights • Cruising Time Per day: 7 Hrs • Locks: 120
• Devizes is a historic market town which hosts a traditional market every Thursday. It
is one of the largest market places in the West Country. Look out for the Wadworth Brewery Shire Horse Dray which still delivers to the towns Public Houses.
• Beyond Pewsey and through lush Wiltshire countryside.
• The highest point of the Kennet & Avon is marked by the 502-yard Bruce Tunnel.
• The canal then follows close alongside the Great Western main railway line through the Bedwyns – Great & Little – and down to Hungerford.
• Pass by Savernake Forest, an ancient woodland mentioned in the Domesday Book.

7 Nights • Cruising Time Per day: 4 Hrs • Locks: 28
• The route goes through the town of Bradford on Avon before passing over two aqueducts on the way to Bath. At Dundas Aqueduct is the entrance to the ‘Somerset Coal Canal’ and nearby a visitor centre.
• Stop off at the UNESCO World Heritage City of Bath and explore the Roman Baths, Bath Abbey and the Royal Crescent. For more information www.visitbath.co.uk
• Having followed the route of the River Avon by canal, after Bath the navigation uses the river itself, reverting to canal to divert into Bristol city centre.
• Stunning weirs accompany each river lock down to Bristol.
• Visitor moorings are available right in the centre of the city in the floating harbour mooring charges apply).
• Reminders of the route’s industrial history such as the brass mill at Kelston are found within rolling valley countryside.

3 Nights • Cruising Time Per day: 7 Hrs • Locks: 14
For an easy weekend to combine cruising and exploring, spend a day in Bradford and another cruising to the base of Caen Hill Locks.

The canal passes very close to the city centre and Bath is without doubt, worthy of exploration. 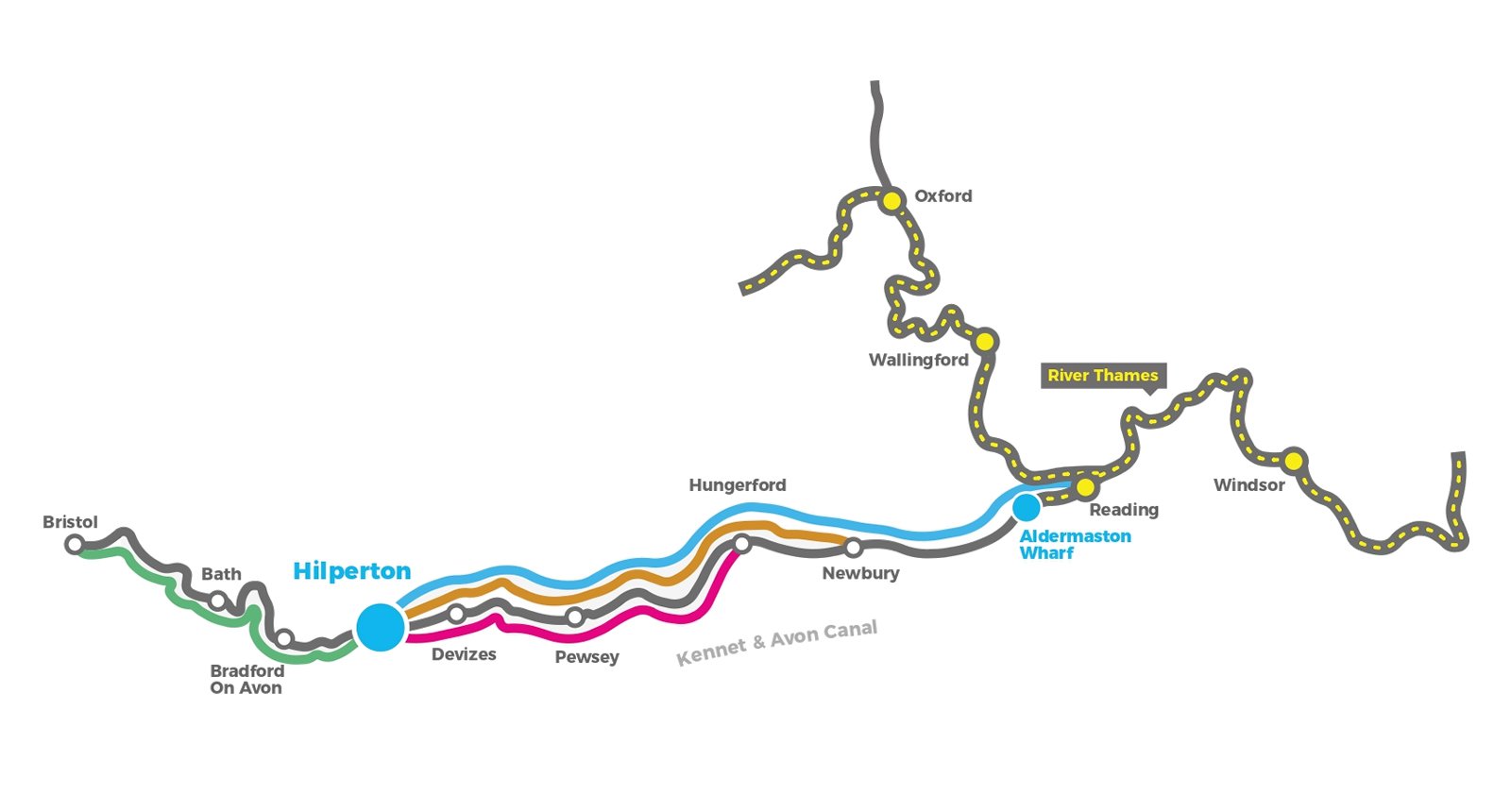