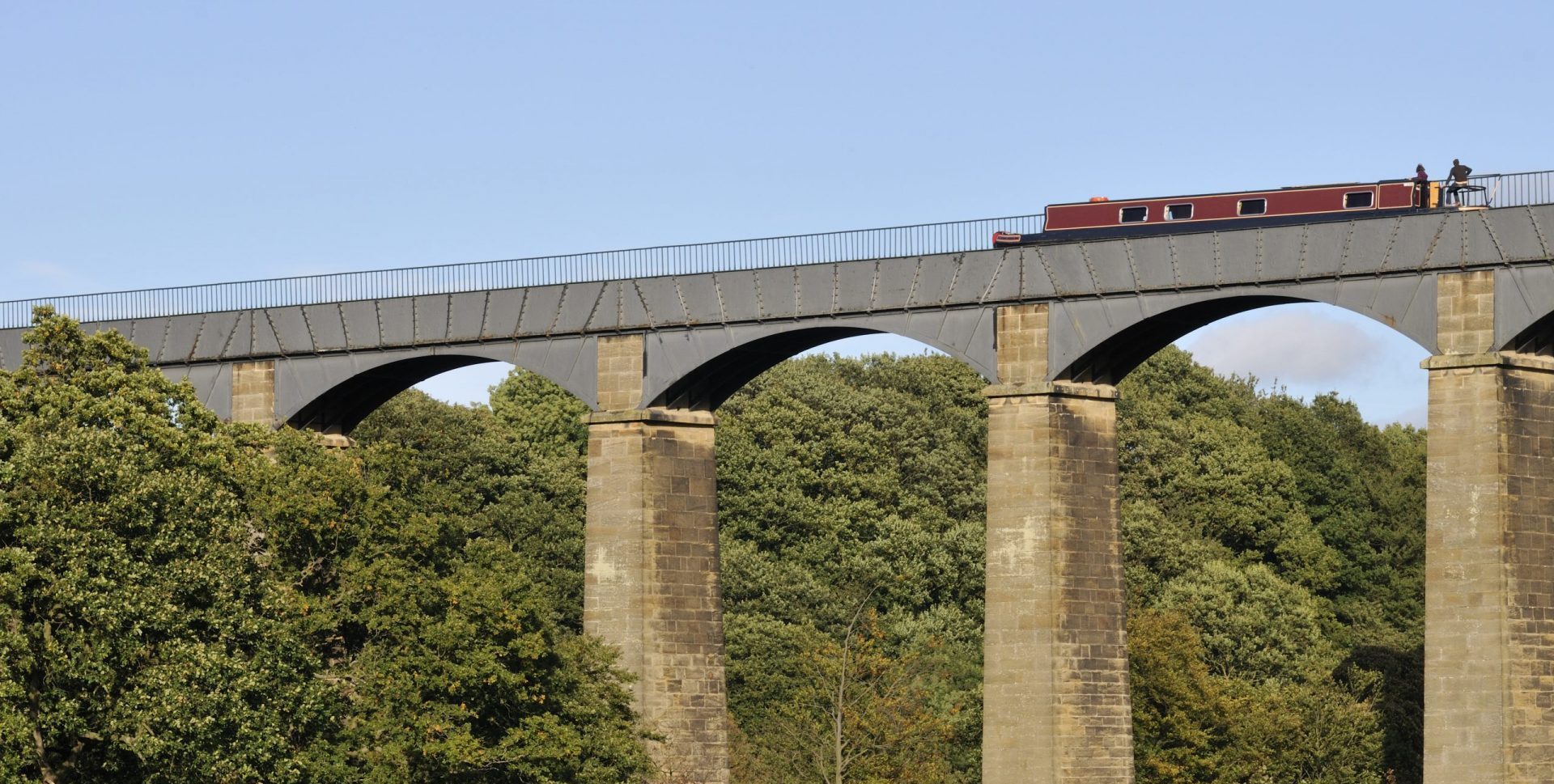 Tips for cruising out of Blackwater Meadow Marina

Here at Canaltime, we love Wales – and the route out of Blackwater Meadow into the land of dragons and song is really one of the wonders of the canal world.

Cruise over the breath-taking aqueducts at Chirk and Pontcysyllte – this is where the tongue-twister comes in; try for something like “Pont-ker-suck-tay” – good luck with that! The delightful Welsh town of Llangollen is host to the International Musical Eisteddfod every July and don’t miss the Llangollen Steam Railway with its 8 miles of glorious scenery. Get ready for more tongue twisters here, with Glyndyfrdwy (Glin-Dif-ruay) station and town (home of Owain Glyndwr, rebel Prince of Wales) and the meticulously restored 1950s train station at Carrog (easier to pronounce!) A couple of miles outside town in the Horseshoe Pass is the Llangollen Brewery and the romantic ruins of Valle Crucis Abbey, founded in 1201.

Make time to explore the Ellesmere area too, with its lakes and waterways teeming with nature and Chirk Castle, a magnificent 700-year-old fortress with a fascinating history of colourful characters, including earls, dukes, cardinals and future kings, not to mention one of the only 40 or so people in history to have escaped from the Tower of London!

Sample a Welsh cream tea, complete with Bara Brith (welsh fruit bread made with tea) or a classic Welsh rarebit at one of the many tea rooms scattered along the route. For a bit more magic, read up on some of the more colourful legends around the area, including how King Arthur was actually Welsh and that the last red dragon of Wales (Y Ddraig Goch) lies sleeping in the Berwyn mountains… honestly!

You can also access the Cheshire Ring from this Marina (see our previous article about Anderton marina for more information).